ARE YOU READY TO LEVEL UP YOUR MUSIC CAREER?

I'll never forget the sound of pure joy in my mom's voice when I told her that Toby Keith offered me a record deal. I'm a #1 Hit Songwriter, and I want to help YOU make real headway in this industry.

What Can You Expect from MRC?

Unlimited access to over 24 hours of video instruction, 1:1 feedback & coaching, an active creative community, and more — including:

Sharpen your pencil day after day, with weekly writing exercises, feedback, and accountability. Level up your craft with a great coach and a likeminded community.

Music isn't just art — it's business too. Learn how to write commercially viable songs, network, collaborate, and level up your career as an artist, musician, or songwriter.

Get expert advice from someone who's done what you're hoping to do — build a fan base, market your music, tour, and even sign a record deal.

Learn from publishers, producers, and hit writers at our intimate summits, where you can make career-changing connections with industry leaders.

Get professional feedback on your tunes from a published writer before you cut your demos (You can save thousands of dollars with the right feedback).

Join an active community for cowrites, feedback, support, and creative inspiration. Hop on weekly calls with your peers and Lance to learn and keep each other inspired.

Who is this for?

Whatever your music industry goals are, Music Row Coach is designed to help you reach your highest ambitions in music — as a performer, songwriter, artist, and more.

Music Row Coach will help you record and release music, build a loyal fan base, tour and — if it's one of your goals — work towards a record deal.

Welcome to a like minded community that will help you write better songs, network, collaborate, and in the words of one of our members, "save a lot of wasted time and mistakes."

Find artists to perform with, writers to collaborate with, and quality education — from studio session education to touring advice to career development.

What People Are Saying About Music Row Coach...

I did not realize it at the time, but meeting Lance Carpenter several years ago has been the biggest single boost I have had for my songwriting development. I can say without any hesitation: if you want to take your songwriting and performing to the next level, look to Lance Carpenter and Music Row Coach.

Lance Carpenter is the real deal — he is a songwriter with #1 hits and a performing artist as well. The best part of that is he shares his real-life experiences with us, and seeing how it's done right has saved me a lot of wasted time and mistakes.

I am an artist and songwriter who moved to Nashville almost 7 years ago. Music Row Coach is exactly what I've been looking for that I didn't even know existed. Finally, someone to help guide me through this obscure music business! MRC is worth every penny and then some. I can't recommend this highly enough!

I've not only started writing better songs, but I've had the opportunity to meet some HUGE names in the music industry that I never would've met on my own! It's afforded me insight, knowledge, and a sense of community that have kept me from getting discouraged and giving up on my songwriting dreams.

I’ve been part of some great songwriting communities over the last 13 years, but it wasn’t until MRC that I was inspired and encouraged enough to release my first single as an artist. The concept of goals and the accountability of reaching those goals has helped me recognize the value in taking smaller bites toward my definition of success. 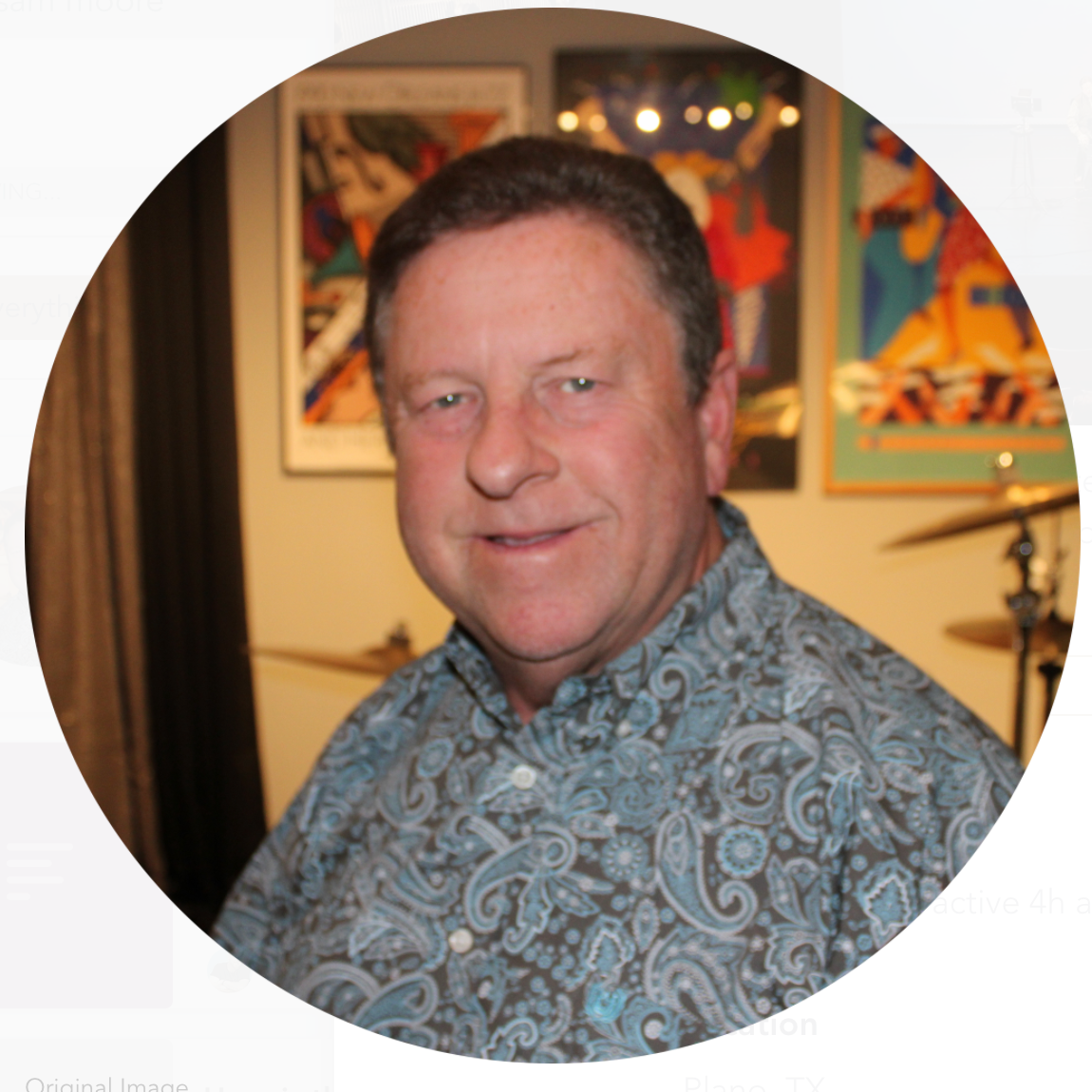 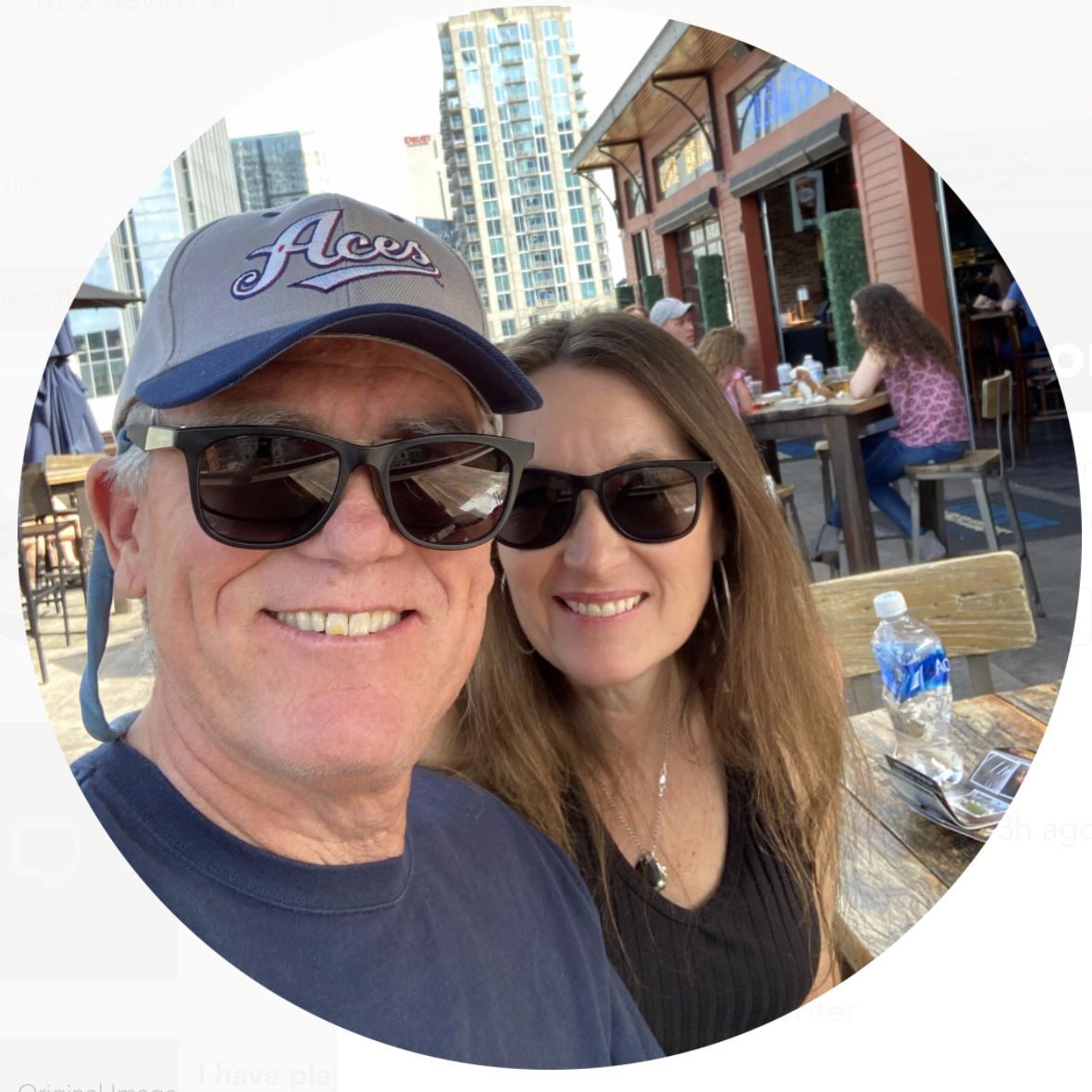 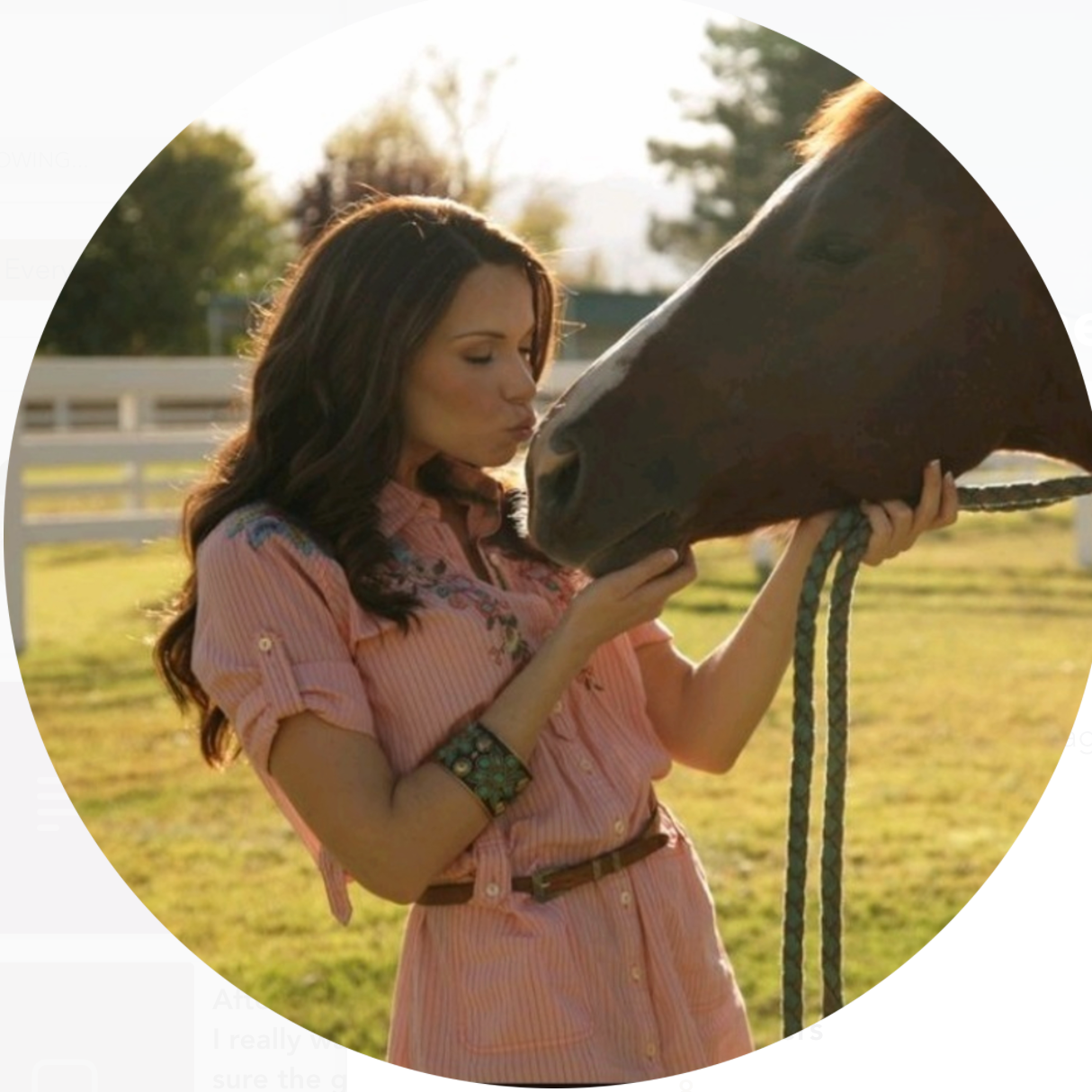 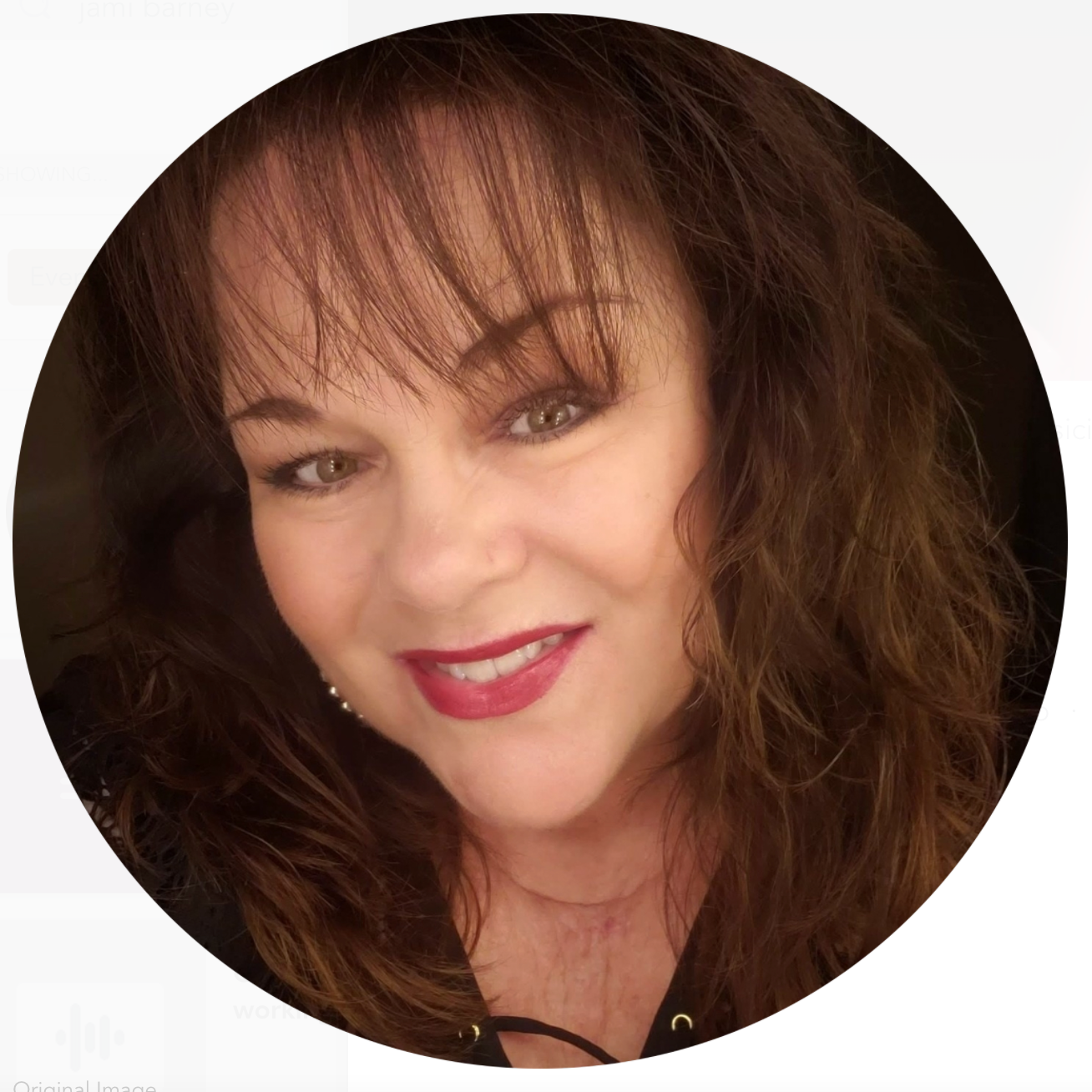 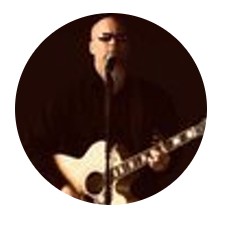 WHY AM I DOING THIS

Music is my passion, but mentoring is my purpose. I was once a scared kid on stage, dropping his pick after every song. Now, I've reached dreams I never thought were possible. I want to help you do the same and more.

Why it gets me excited

If your dreams don't scare you, you're not dreaming big enough. I know what it feels like to achieve a dream — from a record deal to touring all over the country — and I want to help you reach heights you didn't think were possible.

Imagine yourself 6 months from now... You're writing better songs than ever, learning from a community of like-minded songwriters, and making better connections in the music industry than you ever thought possible. I promise you, it's closer than you think.

We are constantly creating premium content designed specifically for you, with weekly videos to level up your songwriting, your networking, and your understanding of the music business. Commit to watching one video a week, and watch how your writing, performing, and career opportunities grow.

Receive invaluable song feedback from a #1 Hit Songwriter once a month. That's 12 songs a year! Get the green light from a professional writer before demoing your songs, saving you money on demoing songs that won't impress publishers, and get invaluable notes to fine tune songs that ARE ready for the studio.

As an add-on to your membership, experience intimate songwriting and artist summits, chock-full of lessons, song breakdowns, live performance coaching, and networking opportunities. Coach Carpenter brings in several "assistant coaches" that range from major artists, hall of fame songwriters, current day hit writers, and publishers. Where else will you get the opportunity to get to know these high level folks in an intimate setting?

We gather top professionals in the field in one place, like the individuals below, for limited events of 20 people maximum — the perfect setting for you to make real connections. Members get first priority for all MRC Summits, but non-members are more than welcome to join us on our retreats. We would love to see you at the next one! Below is a taste of who has attended MRC Summits in the past.

Kent Blazy's first No. 1 Hit — "If Tomorrow Never Comes" — launched Garth Brooks into country stardom. Since then, Kent Blazy has written a total of 7 #1 Hits and worked with Diamond Rio, Patty Loveless, Julie Roberts, and Kenny Chesney. His latest #1 hit was recorded by Chris Young: Gettin' You Home (The Black Dress Song).

Perhaps best known for his spiritual and sensitive hit, "Outskirts of Heaven," which was praised by Rolling Stone, Craig Campbell is a moving and original voice in country music. His songs “Family Man” and “Outta My Head” both cracked the Top 15 on Billboard’s Country Airplay chart.

Jenn Schott has had her songs recorded by artists including Tim McGraw, Rascal Flatts, The Eli Young Band, Mickey Guyton, Billy Ray Cyrus, and Restless Heart. Jenn co-wrote Mickey Guyton’s debut single, “Better Than You Left Me,” which was named one of Billboard’s 10 Best Country Songs of 2015.

Aaron Barker wrote dozens of songs for George Strait — songs you may well know and love, like #1 Hit "Baby Blue" and “I Can Still Make Cheyenne." After decades as a fixture in the country songwriting landscape, Barker was inducted into the Nashville Songwriters Hall of Fame in 2016.

Cliff Downs is a true industry unicorn, who has been signed as a pop artist to Atlantic Records, had scores and songs in major film and TV shows, has multiple Emmy Nominations, and now works to cultivate upcoming writers and artists as part of the team at Given Entertainment.

As a part of Lonestar, Richie charted more than 20 singles on the Hot Country Songs chart, with nine stand out #1 songs, including "Mr. Mom" and "I'm Already There." Now a part of The Frontmen Of Country, Richie performs with THE voices of the top Country bands of the 90’s: Larry Stewart of Restless Heart and Tim Rushlow of Little Texas.

The Music Row Coach Summit was one of the best experiences I have ever had.  (And trust me after traveling to more than 40 countries, I have had a few experiences!) I learned more about song writing in the last 2 days than I have in the last 20 years. What an inspiring, positive experience! 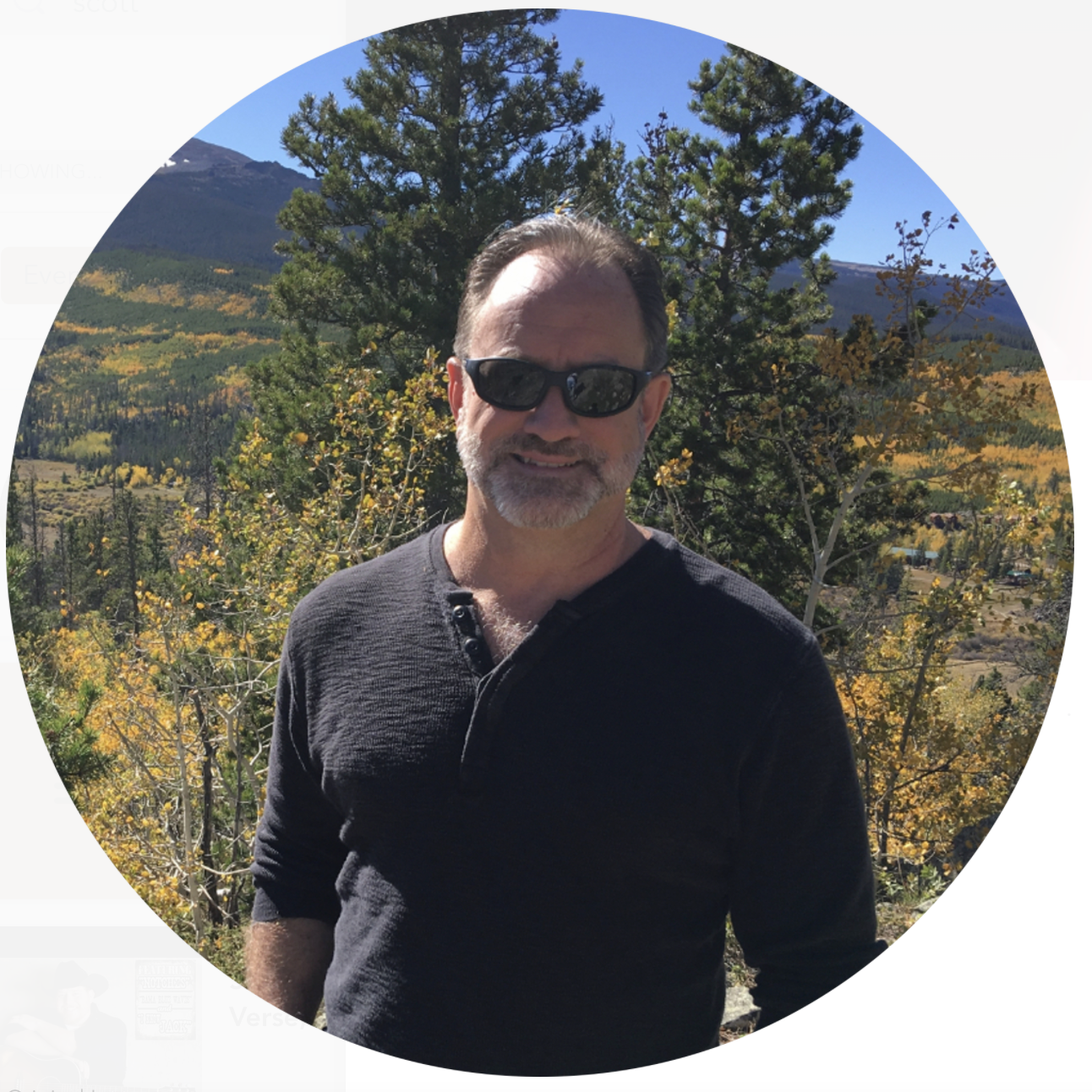 Choose a plan below to get unlimited access to the Music Row Coach library, community, and coaching:

Save 50% with annual membership

Share Music Row Coach with someone special. What better gift for a loved one than support following their dreams?